Shopping Cart
Your Cart is Empty
Quantity:
Subtotal
Taxes
Shipping
Total
There was an error with PayPalClick here to try again

Thank you for your business!You should be receiving an order confirmation from Paypal shortly.Exit Shopping Cart

Edapusrex Cattery is committed to the health and wellbeing of their cats. All breeding stock is blood typed and tested. We carry a mixture of A & B Blood groups, predominantly female 'A' Blood group and male 'B' Blood group. All kittens kept for breeding purposes are blood grouped before breeding commences. We are committed to the health and betterment of the devon rex breed. Please feel free to contact me with any enquiries. All of our breeding cats carry the beautiful slightly oval eye shape, curly coat and stop that makes the Devon Rex head appearance unique. 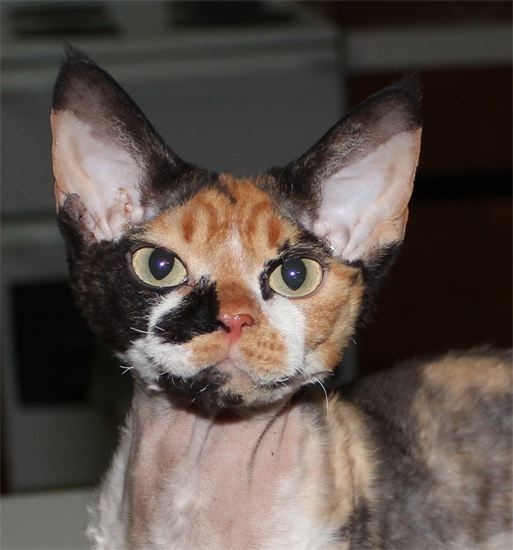 Stella, more letters and show titles than she knows what to do with, daughter of Ellie and Squeak, our first campaigned Devon Rex Spey, is a very affectionate Devon Rex, almost to the point of being annoying, but she gets away with it as she is quite cute. Stella has been placed consistently well on the show bench and is nearing retirement. * We keep telling Stella "this is Your LAST Show" but she loves the show bench she still comes out for local outings. Stella is 12! 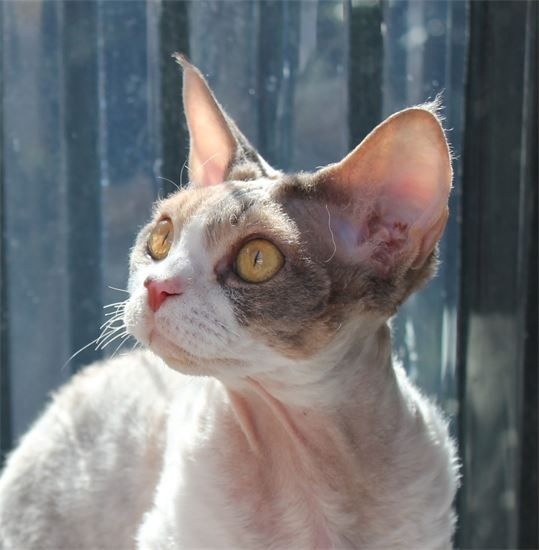 Flick wasn't a show cat; she was a homebody who loved the lounge, her humans, her kittens, and the dogs. Flick was very generous in her motherhood and together with her Mum Ellie she continued to be a mother longer than my girls usually are. Both girls only ever having 4 litters each over their 5 years of breeding but were the foundation of where we are today. Flick has gone to live with another friend to be on her own bed. She loved her own kittens but wasn't quite so generous with others. She loves her new Human. 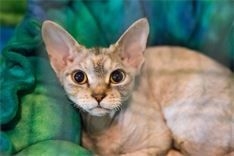 Scarlett comes from our very own Peaches and Eric and is our third generation Edapusrex girl. She has a lovely personality and we look forward to her kittens at the end of the year. 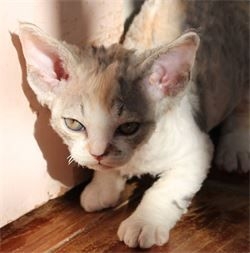 Willow is the grand daughter of Ellie, our first ever Devon Rex. Ellie was 5 when she had Willow's mum and Willows mum, Flick, was also 5 when she had Willow. Quite a generation span but one of the ways that the pure devon rex lines continue; by using very old lines and introducing them back to your breeding programme.